When Your Imagined Life is Nothing Like This One 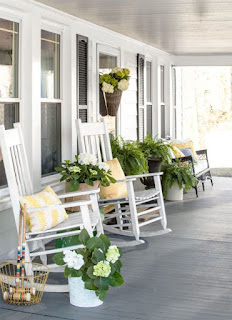 There were so many ways I imagined my adult life would be....THIS is not one of them.

I posted that on my Facebook wall last night. It might have been seen as funny except my choice of hashtags gave me away:

I always imagined my life would be thrilling. Full of exciting adventures and people from all over the world. I would dine at Ethiopian, Thai, and Indian restaurants. I would write books, teach English, coach forensics and direct the play. My husband would be charming and funny and not care about gender roles when it came to household chores. He would beg for at least six kids and I would fall in love with him all over again each time I caught him giving good life advice.

I would take photographs and travel the world documenting the people I came across. I would adopt a sibling group of three or maybe four and work on foster care policies because the ones we have aren't working.

I would live in a house with lots of windows because nothing feels better than natural light and my walls would be bright and the lights would always be on. The lawn would be mowed and I'd wave at the neighborhood kids from my front porch swing.

I would sing and run and ride a bike - but not a horse because no matter how majestic and beautiful they are they still have teeth and don't tell me horses don't bite because I have first hand childhood experiences with a doozy named Rocket.

I would wear smart clothes and keep running my 5 miles a day because I love the sound of feet hitting pavement. (All you earbud wearing people are missing out.)

I would hop in the car and just drive until I got there, not a care in the world other than experiencing the journey I didn't know I was even on. Surely it would be a convertible.

I would get my own radio show where a stranger would walk in and in a half hour we'd all know their amazing story because every single person on the planet has one. And I would write in my own column whatever I felt like writing about. Surely it would be syndicated.

I would have friends over for themed dinner parties and we'd laugh and talk about documentaries and eat gorgeous food that I made myself. I would go to plays and see comedians (but not the really raunchy ones) and purchase popcorn with extra butter for every comedy I would watch in the movie theater.

I would be carefree and happy and doing what I love the most: always learning about our world - like how redheads require about 20% more anesthesia to "go under" than other hair colors or that water can freeze AND boil at the same time - it's called the triple point.

But none of that is my life.

I am a 44-year old single mom who lives at home with her parents. The lights are always off in my parent's home because apparently we're anti-light. (Yes, I pay really good rent to be here.)

I work in a painfully high male dominated industry and I cannot work hard enough or be perfect enough to illicit even the smallest amount of respect from my peers. I should explain that my peers don't even consider me their peer. I'm just "the girl in the office." The only writing I do is in email form or for dry reports in which one particular colleague of mine enjoys picking apart every syllable I write or speak in an effort to make me look completely incompetent in front of my co-workers. This has been going on since I filed a sexual harassment claim against my boss and was told I should "be happy because I got what I wanted - he's gone now, isn't he?" Good times.

I rarely eat out at restaurants that feature cuisine from other cultures because I can't figure out what is gluten free and therefore safe enough for me to eat. I have adopted zero kids and fostered even less. Instead of gaining more kids, I've lost half the ones God originally blessed me with.

The only documentaries I watch are the ones on Netflix that I watch after my son goes to bed.

The majority of my everyday I do pretty good. I mean, I still read ferociously enough to learn a lot, but every so often this memory from the past rises to the surface and changes everything.

I was just standing there alone like my awkward high school self was known to do when a classmate came waking up to me. They stopped in front of me and calmly said, "I'm going to graduate and be an attorney.... you are never going to amount to anything." The thing is, this is someone I never spoke to. Like, ever. That was seriously the only interaction we ever had. More good times.

I've never cared whether they became an attorney or not but I've often wondered if they knew something back then that I didn't know. Was it the way I styled my hair? How I spoke? The grade I got in Geometry? Because I admit, that was a really bad grade but in my defense I have NEVER needed this:

By the way, those are the formulas to figure out volume and surface area of a right circular cone - and, honestly, other than ice cream cones and those orange construction cones WHY DO WE CARE?!

Sorry if I offended any mathematicians out there but I'm kind of busy having my midlife crisis here.

Which means I have 44 years to save up for my funeral and cemetery plot.

I usually try to end on some high note. Something encouraging and impressive, but I've honestly got nothing. I know this will pass. I know, logically, my life is so very, very good. I've seen what life is like in Haiti and trust me - I'm beating myself up for how petty I sound right now.

I guess I just figured that by now I would have done something... something sure and solid... built something that would last: a family, a home, a career, a change... something I could point to and say to my awkward teen self, "nah, they've got it all wrong. You're about to knock it out of the park."
at June 20, 2018 4 comments: