You were the very last person to ever touch my daughter on earth. You took her stilled, silent body and you washed her. You changed her into the clothes I had brought over in a brown paper bag. Her favorite blue jeans, a bright blue t-shirt with a tank top underneath. Years later, I'd panic, convinced I had forgotten to bring fresh, clean underwear. I contacted the people at the funeral home - can you believe we've become such good friends? I was told that when a family forgets something like that, they simply discretely provide it.

You helped me to understand that it was okay to put fuzzy socks on her feet. You patiently slipped them on her.

You took the down comforter I passed to your hands and listened as I explained through choppy breaths and a stream of tears that she'd need to be wrapped up in it - like a burrito. Because that's how she watched TV. Burrito wrapped in her blanket.

You wrapped her up tightly. And you laid her down gently for the very last time.

I honestly have no idea what compels someone to become a funeral director. I can't imagine many high school career counselors hear that one. In your case, this was a family business, but you could have done anything.

Instead, you chose to comfort the brokenhearted. You chose a profession where you see people at their weakest and most vulnerable. During the times where we are so lost we have literally no idea how we will behave. Some sit stone still, others rage. Some cry, others are in denial. Families fight in front of you, bringing up old, unnecessary wounds when all that should be done is to write the obituary and get it into the paper.

You see the absolute worst life has to offer. A front and center seat to the most horrible of all horribles. Children. Innocents. Disease. Accidents. Heartache. Fathers. Mothers. And those so alone no one comes to cry for them at all.

In fact, it seems the exact opposite; that your heart continues to grow and grow with unlimited compassion and a gentleness that seems to be unattainable for the rest of us. You love strangers in the most intimate of ways. You care for them. And you do it so gently. So beautifully. As if you know how truly honorable it is to dress the dead.

I wasn't able to see Avery after -- in fact, you looked me right in the eyes and asked me what my last memory of her was. I told you about that morning. How stunningly beautiful I noticed her to be. That she seemed bathed in golden light when she was standing at the bathroom mirror, when she was sitting in the passenger seat flicking on the CD. That light followed her all morning. I told you how she took my breath away when she sang. How I caught a glimpse of her as her older self but not quite - she looked like an angel. I explained how my words were at a complete loss when she looked back as she got out of the car: You know, Mom, I really am a God Girl. I smiled and shook my head, this sweet, sweet girl of mine, as she skipped away.

I can't imagine it's easy for you. In a society where we're keen on asking what people do for a living and griping about our jobs at dinner parties, where do you fit? When you haven't been to any of your child's soccer games and you miss the parent-teacher conference because you're answering someone else's crisis, how do you reconcile that? When you have to ditch last minute because a stranger's funeral had to be held that particular day, what do you feel when the pictures come back and your date is, once again, alone? How many people have you cared for, comforted, held up and yet they look away awkwardly when you pass them in the grocery store or at the gas station - not because of anything more than they're just trying desperately to figure out their new normal and they're afraid they're going to lose it so they pretend not to see you because that's the only way they know how to deal? How many times have you been avoided simply because of the job you do?

I imagine it might be very lonely for you at times.

And, thank you, for tucking Avery in one very last time. 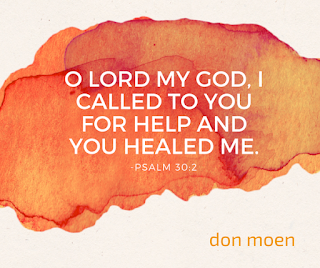 During a football game, when a serious injury occurs, all play stops. Players on the field and lining the sidelines immediately kneel. The stadium falls silent. I'm told, although there isn't a specific rule governing bystander protocol during an injury, being still keeps others from gathering around the injured player and getting in the way of people responding to the injury. It is also a sign of great respect. Somewhere in those stands is a mama whose heart just sank to her stomach and she's trying to breathe but nothing's coming. Her child is lying there, not moving, and she has no idea what's wrong.

When Avery died, it was as if the entire stadium of my world went silent. People had heard about the accident, word spread, whispering through phone calls and hushed run-in's at the grocery stores. It wasn't until I pressed publish on my first blog post that the stadium community let out a collective breath and began that slow clap as I began to slowly rise. It would take a long time for me to heal, to stand and to be able to take confident strides, but I was moving. Even if all I was doing in that moment, figuratively speaking, was barely wiggling my pinky toe.

I found that it didn't matter what side people were rooting for - they showed up when it mattered.

The dynamics of my family - aunts, uncles, cousins, extended family, children, children's family, ex-boyfriends, current boyfriend and everybody in between - I swear have been taken from a soap opera plot. And yet, they were all there. Because even though there's all this crap and bad decisions and jealousies, blaming, hurt and hate, decent humans know that in the long run, none of that matters.

Deep down we all know that our turn for being the injured player on the field is just a matter of time and we just pray that we have a stadium full of decent people to hold us up when it does. Because no one, I don't care how macho or callous you try to make yourself, no one wants to be lying out on that field alone. It's knowing that we're surrounded - surrounded by prayers, by well wishes, good jou-jou, positive vibes and whatever else you call it, that gives us strength and comfort.

On September 9th at 5:43pm, my friend, Amy, posted these words to her Facebook page:

Amy. Sweet Amy. Who always wears a smile and who always has a laugh! She has been diligent in supporting me since Avery died. The unexpected private message. The encouraging word at just the right time. She is the fiercest cheerleader I know, seeing so much good in others, especially when they don't see it themselves. She fights for the underdog and won't allow you to quit on yourself. See, she knows a truth that most of us don't, and that's that we give in to the lies of the devil more than we accept the truth of our worth in Christ. You might not believe in yourself, but she does. And she knows God does, too, so you're worth fighting for. And she is going to show up every single time, because that's just who she is.

She's a private person and respects the privacy of others, but in this case, I think she knows people are trying to knock down the gates and pile into her stadium and she needs them. She needs them to pray with abundance and without ceasing for her son, Austin.

Austin was in a car accident - and don't get me started on that because the second I heard I fell apart but I quickly pulled it back together because one thing I will NOT let happen is let a mama think she has to do this all by herself. Not on my watch.

Austin has had several surgeries already so specific prayers right now are for absolute restorative healing and also the complete ability to walk. Austin is a young, good looking guy with a wicked sense of humor and a life story that will hurt your heart, but he's a fighter and a warrior and he just needs to keep on fighting and not give into any of the lies trying to fight for space in his head.

I believe in the power of prayer.

I believe in Our Almighty God who performs miracles even today.

And I believe that Austin is going to look up and see that stadium overflowing, filled with neighbors, community members and strangers with prayers on their lips. His family and friends kneeling on the field, eager to stand when he does.
at September 16, 2018 3 comments: