We grew up with 40 acres of woods as our playground. A cool, magical escape from the lazy humid days of stifling heat. We'd walk the lane to the wooded edge and step boldly inside.

There were trees to climb and trails forged by animals to follow. One particular favorite tree had a low lying branch that slung out like a porch swing. I'd sit on that tree limb, the soft breeze slowly lifting my hair, as I sung and made up complicated stories of fairies I was certain held home in these woods.

The woods were exciting and full of things like moss and strangely shaped rocks and vines that held berries I knew I could eat. But the woods also held secrets. Acres you couldn't reach because the brambles and thorns were too thick, refusing you entry even at the exchange of blood.

I realized then that I would never truly know these woods for the simple fact they wouldn't let me all the way in. 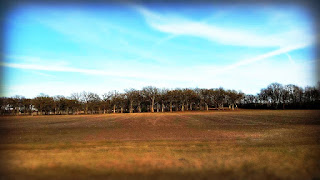 The first step to restoring an Oak Savanna is to remove everything that doesn't belong. The thicket, the thorns, the overgrowth that chokes others out; it's all removed. Invasive weeds and quick growing nuisance trees that shoot up too fast and too tall, hoarding all the sun and leaving Oak saplings weak in the shadows are cut down and hauled away. The bad and the ugly removed to give the mighty Oaks a better chance to grow strong.

But there are also decent trees holding court among the Oaks. Trees that, on any other given day, would be considered a pretty decent addition to a yard or field. They aren't invasive species. They aren't harboring illnesses or disease. They have full limbs covered in bright green leaves, waving a gentle welcome in the wind.

They are good trees.

But they don't belong.

Sometimes, something good can stand in the way of something else becoming great. 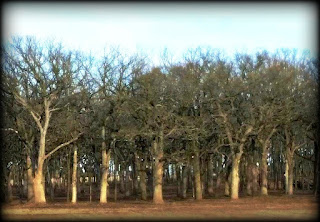 Sometimes, something good can stand in our way of becoming great.


It's easy to look at our lives and see the thorns and thickets that are stopping us from standing tall and mighty. We remove things like immature behavior, arguing with clerks, screaming at the driver who is going too slow. We chuck out the irresponsible friend who can't seem to have a good time without getting drunk and disorderly. We cut out the drugs and the booze and the casual sex to make room for the relationships that last and the children who will bring grandchildren who will bring great grandchildren and so on.

But it's harder to get real about the decent things; the seemingly good things that, standing alone would be wonderful, but for whatever reason they're soaking up too much of your sun.

It's so much harder to take inventory of our lives and admit that hard truth that this, while good on its own, is not good for the growth of me.

It's easy to get overwhelmed and frozen in fear as the reality of eliminating something good from your life is something you need to take action on in order to reach your mighty potential. Too many book clubs and recreation athletic leagues are slowly crowding out the necessary communication needed to make a relationship work. Too many community fundraisers are standing in the way of paying that past due bill. Too many friends are paying for the dinner and giving the good gifts at Christmas but gossip too much while peppering toxic ideas in their commentary.

We know what we need to do.

And those of us that do the hard work of getting rid of the good are rewarded with the great.

But others will not want to look at their life at all. Content with the brambles and thorns piled high, vines so thick it's impossible to see through. Acres of a soul unreachable. They would rather remain unknown than to start the hard clearing required to enable them to reach their greatest potential, They would rather keep the comfort of their disorder and chaos than remove the bad and ugly required to give them a better chance to grow tall and strong.

Are you living tall and majestic?

If not, what is standing in your way of becoming great?

And why are you letting it?